Bring My Song To Life creates a custom anniversary song with your personal love story. The most unique anniversary gift idea available today.

FOR AN UNFORGETTABLE ANNIVERSARY

Choose Bring My Song To Life. 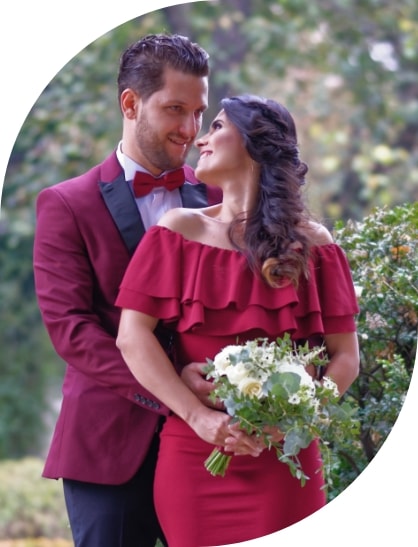 Nothing but the best. Our motto is happy customers, happy us!

We are described as 'Excellent'.

Every anniversary is important.

Worldwide recognition won by most of our musicians.

How Bring My Song To Life Works

The first step is to share your story. What is the occasion? Who is the song for? Do you have special memories? What kind of reaction are you hoping for? Write it in the order form, after choosing one of the three packages. The more details you can give us, the better. Don't worry, you don't have to know anything about songwriting or composing music. That's what our pros are here for!

The second step is all about writing your lyrics. The first draft of your lyrics is sent to you by email. You can review them, give your stamp of approval, or make any suggestions or edits before we start working on the customized music. We, at Bring My Song To Life, want to make sure we tell your story right!

The third step is song recording. Lyrics have been approved by you, and our musicians are now composing the music. You can let us know if you want a specific genre or if you prefer us to choose for you. Finally, the song is sent to you for review. Once you are 100% happy with the outcome, we will send you the final version of your personalized song! Go to the page "Order & Pricing" to start.

Already 500 of you signed up for our weekly news, discounts, and bliss. How smart!

"If you are looking for a unique gift idea for your Valentine, I'd like to suggest Bring My Song To Life. They will create a completely customized song for you. With customized lyrics and a fully produced recording. You don't need any experience, knowledge or talent in songwriting or music, they will do it all for you. You just tell them who the song is for, what you want it to be about and the occasion you're gifting it for. This is not only a gift idea for Valentine's Day, it's great for any occasion...birthday, anniversary, job promotion, graduation...any occasion!"

This is some text inside of a div block.

"If you are looking for a unique gift idea for your Valentine, I'd like to suggest Bring My Song To Life. They will create a completely customized song for you. With customized lyrics and a fully produced recording. You don't need any experience, knowledge or talent in songwriting or music, they will do it all for you. You just tell them who the song is for, what you want it to be about and the occasion you're gifting it for. This is not only a gift idea for Valentine's Day, it's great for any occasion...birthday, anniversary, job promotion, graduation...any occasion!"

"The most amazing gift I have ever given to my wife. GUYS U ROCK."

"WOW, this is how I would summarize my experience with Bring My Song To Life. I bought two songs for two different special occasions. One song was for my best friend, just to show her how much I appreciate her. The second song was for my Dad's 50th birthday. Michelle and Bobby worked on my songs and they are not only talented but also super nice and communicative. They asked me a few music related questions but when I told them I have no experience with music, they took over and did an amazing job. If you are looking for a truly customized gift, I can highly recommend Bring My Song To Life!"

What are you waiting for?

Wedding anniversaries are important milestones that need to be properly celebrated. It is an opportunity to reflect on what has been accomplished, how your lives together are unfolding, and a time to look forward to better things. In other words, anniversaries are special. That is why husbands and wives, as well as the people around them, often spend a great deal of time trying to find the best anniversary gifts for the occasion. Many people, however, dread looking for anniversary gifts, because it can be difficult to find something suitable. This happens no matter what anniversary the couple is celebrating, their first or fiftieth anniversary, although it is often worse for those who have been together for a long time. One great option you can look into if you are faced with this challenge is an anniversary gift song…more specifically, a custom-made one.

Why You Should Consider Getting an Anniversary Gift Song?

Sure, there are plenty of popular songs already on the market that can be played at an anniversary celebration. You could simply download one from iTunes or play directly from your playlist, and the recipient will likely appreciate the gesture. However, there are several advantages of creating a personalized anniversary gift song. For starters, it symbolizes you took the time to create something that truly represents the spirit of your union. A custom-made anniversary song will likely contain lyrics that refer specifically to the couple who are celebrating. Besides, it will forever be tied to the milestone you are celebrating, making it memorable for more reasons than one. What’s more, you can create new anniversary songs every year. Music is a timeless gift that is always welcome, especially if the receiver is also a music lover, so a custom song is the best anniversary gift that you can get for the occasion.

Where To Get Custom Anniversary Songs Created?

If you are wondering how to go about having a song professionally made, it is actually not that difficult. Bring My Song To Life (BMSTL) was conceived for that exact purpose. The company specializes in making personalized songs for a variety of special occasions, including anniversaries. It is made up of a team of professional musicians, including songwriters, vocalists, and instrumentalists, who have the know-how to deliver stunning songs. With that said, you don’t need to have songwriting skills or any musical talent at all to give the gift of an anniversary song. All you need to do is tell us an idea of the type of song you want to create, an overview of the couple who are celebrating and their love story, the impression you want the song to give when played, and any other important details you think would be useful. You’ll also need to let the Bring My Song To Life team know what genre and style you want for the song. In return, you will get a complete, fully-produced song that can be played anywhere and at any time.

How Much Does It Cost To Make a Custom Anniversary Gift Song?

If you are in the music business, you will know that music production can cost a pretty penny, even for basic recordings. In fact, it can cost up to several thousand dollars to create a single song. While a good anniversary gift song is priceless for the joyous effect it can have on the occasion, it need not be pricey. That is why at Bring My Song To Life, you can get a complete song for as little as $129. Moreover, creating a custom anniversary song is not meant just for wedding anniversaries. You can also use BMSTL to go this route for dating anniversaries, friend-versaries, promotion anniversaries, and any other important milestones you want to commemorate. The gift of song is the ultimate and best anniversary gift you can give. And with Bring My Song To Life on your side, you don’t ever have to settle for boring or unimaginative anniversary gift choices ever again.