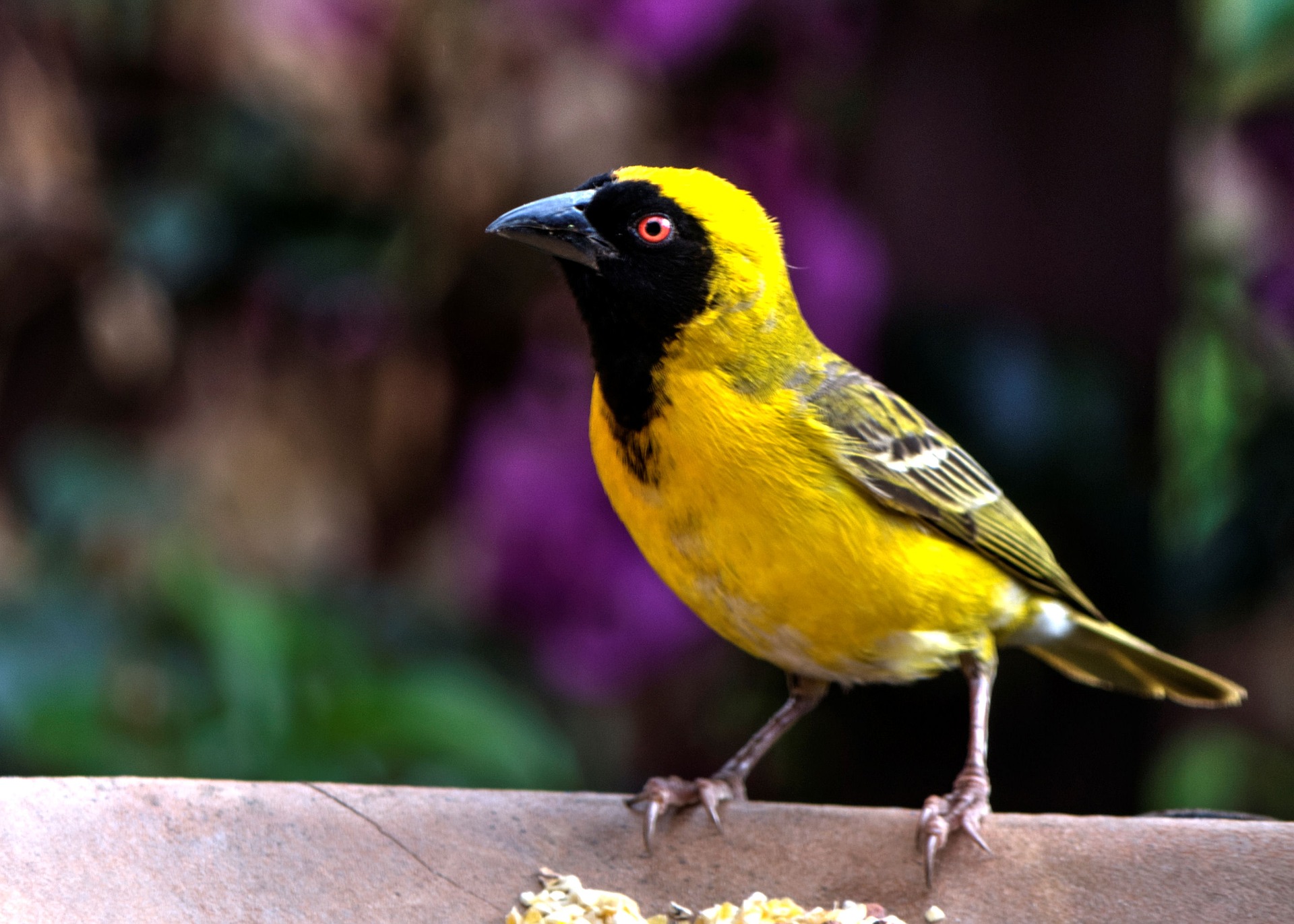 Have you ever heard nature’s sound? Nature has its own beautiful songs and tracks that are both glorious and mesmerizing if you listen to them closely. And our most favorite natural soundtrack are bird songs and bird calls. Bird songs and calls are what make sunrises sweeter, give a voice to spring, and a beautiful mystery to a dark night! With hundreds of bird species out there, we need to shed light on the song bird’s yellow finch and purple finch.

The yellow finch (popularly known as American goldfinch) and the purple finch are small birds that belong to the finch family of birds. Let’s find out a little more about the different glorious songs and calls of these adorable birds.

The Yellow Finch is the most vibrantly colorful and musical bird found mostly in North America. Unlike most songbirds, the American Gold finch molts completely twice a year. During spring, the male is a brilliant lemon yellow in color, which is produced because of the carotenoid pigments present in their plant diet. The female remains mostly brown and that’s why it’s very easy to distinguish them in spring. While in autumn, their feathers molt to an olive-brown color and both the sexes look almost identical expect for a few yellow patches on the male yellow finch’s shoulder.

A typical sight in the summers, the male American Goldfinch looks like a flash of golden as it soars up and down. Attracting these birds to your backyard is easy if you have a feeder stocked with their favorite seeds. They typically like thistle seeds, or hulled sunflower seeds.

Bird experts say birds continue to learn different song patterns throughout their life. The yellow finch typically sings in a long and variable series of twitters and warbles that are several seconds long. When in flight they often sing a tsee-tsi-tsi-tsit, this song can also be described as per-chic-o-ree.

Calls of the Yellow Finch

The most common call of the yellow finch is the contact call. Often given when in flight, it sounds like po-ta-to-chip with a very even pace. During courtship, the males make a call that sounds like tee-yee whenthey land near a female in spring or summer. This is sometimes followed by a burst of a song. Females make a rapid sequence of high notes when they hear the males approaching with food.

The Purple Finch is a noticeable bird, always perched on treetops and singing frequently. But although the name says purple, the purple finch actually has a washed raspberry red color. While the male finch looks like it has been dipped in raspberry juice, the female has short, dark brown streaks. Usually in fall and winter, huge groups of purple finches move south when the natural seed crops, they feed on, is scarce in the North.

The purple finch females have their own songs that are usually 1-2minutes long accompanied by warbling. They usually sing from the nest, while the male purple finch sings 3 kinds of glorious songs.

Call of the Purple Finch

The purple finch has a very typical call with short, low tek notes.

With all the details and notes about the glorious finch songs and behavior, we hope you are all set to watch and feed the yellow finch and purple finch this spring.