Chocolate's Sweet History: Where does Chocolate Come From? 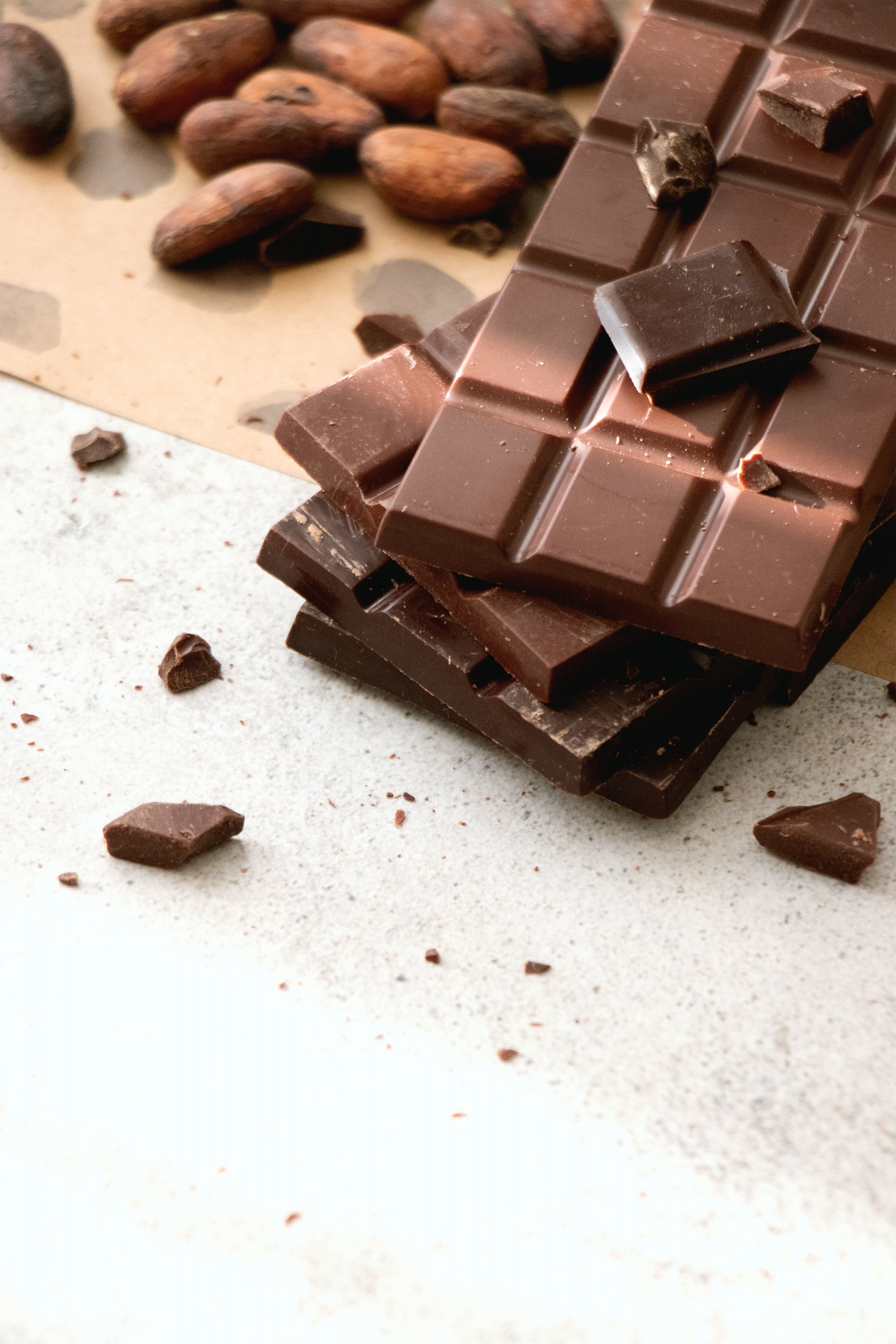 Did you know that the chocolate bar that you just devoured has come a really long way to get to you? No, we are not talking about how it was made but about how it came into existence as a food that we all love!

Where did chocolate originally come from and how did it become this delicious bar or bonbon that we love? Today, let’s find out about the amazing and fascinating journey of chocolate, everyone’s favorite treat!

Where It All Started – Latin America

The history of chocolate is almost 4000 years old and it all began in ancient Mesoamerica, which is now known as Mexico.

One of the earliest civilizations in Latin America, the Olmecs, were the first to turn the cocoa plant into chocolate. They considered chocolate as medicinal and drank it during religious rituals. Centuries later, it was the Olmecs who passed on their knowledge of cocoa to the Central American Mayans who not only consumed chocolate but also revered it and considered it the drink of gods!

The Mayan chocolate however wasn’t the kind of chocolate bar that we eat and know today, back then chocolate or cocoa was a drink. A brew made by roasting and grounding cacao seeds, which was mixed with chilies, water, and cornmeal. Then it was poured from one pot to another to create a foamy, thick beverage, this was called the “xocolatl”, which meant bitter water. Mayan history shows that cocoa drinks were a part of celebrations and even important occasions.

In the 1400s, the people of the Aztec empire started spreading across Mesoamerica and they took the admiration for chocolate or cocoa to a whole new level. They were the ones who started using cocoa beans as currency in exchange for food and other goods. In fact, the Aztecs considered cocoa beans more precious than gold and as the gift of the god Quetzalcoatl. They enjoyed hot or cold spiced chocolate beverages in ornate containers as a drink and considered it an aphrodisiac and even drank it while preparing for war.

No one really knows how and when chocolate reached Europe, but we know that it first came to Spain. If the legends are to be believed then it was the explorer Hernán Cortés in 1528 who brought chocolate to his homeland, Spain.

In one of his expeditions to America, Cortes discovered chocolate when he was served a cup of cocoa by the Aztec emperor. He brought back home cocoa seeds and introduced them to the Spanish.

The Spaniards, unlike the Mayans and Aztecs, turned the chocolate drink into a sweet beverage by mixing it with honey and sugar. Soon chocolate became quite popular and continued its legacy as a delectable drink and become a symbol of luxury and wealth. It became a drink enjoyed by the rich and the wealthy. In fact, some reports state that even Catholic monks loved their chocolate drink and felt that it aided their religious practices.

The Spanish managed to keep chocolate and their revered chocolate drink a secret for a very long time from the rest of Europe. Only a century later, this delicious treat reached Spain’s neighbor – France. It is said that in 1615 when the French King Louis XIII married the daughter of Spanish King Phillip III, Anne of Austria, she brought chocolates to celebrate the union to the royal court of France. Some theories also say that it was when European countries like France and Italy visited Central America they learned about the delicious cocoa beverage and brought it back home.

Soon after the chocolate mania had spread all over Europe. To keep up with the high demand for chocolate, many European nations started creating their own cocoa plantations along the equator and thousands of slaves were made to work on these plantations.

The Europeans however weren’t happy with the traditional Aztec chocolate drink, so they made their own version of hot chocolate. They made their drink with cane sugar, cinnamon, spices, and other flavors.

Chocolate remained very popular in Europe and especially with the European aristocracy. The wealthy and royals considered chocolate a magic elixir with amazing health benefits and consumed it regularly. In fact, special chocolate houses came up around Britain that were meant for the wealthy.

The Revolution - Chocolate For the Masses

For most of the 19th-century chocolate was enjoyed as only a beverage. When someone says chocolate, we instantly think of eating it but back then it was a drink and not something you eat. Chocolate was a beverage made with either water or milk and other spices and flavors.

The biggest change that helped in revolutionizing the way chocolate was consumed was the Industrial Revolution. Making chocolate was a slow and laborious process as it was made by hand but the invention of the chocolate press changed everything. This amazing device could squeeze out all the cocoa butter from roasted cocoa beans leaving behind cocoa powder.

But it was only in 1847 that the first chocolate bar was made. British chocolatier J.S. Fry and Sons came up with the first-ever chocolate bar made using a paste made from chocolate liquor, cocoa butter, and sugar.

Later on, in 1876 Swiss chocolatier Daniel Peter came up with the brilliant idea of adding dried milk powder to the chocolate and thus creating milk chocolate. However, this milk chocolate came to the masses only when he worked together with his friend Henri Nestle and they created the Nestle Company. But the quest for the perfect chocolate didn’t end here since this chocolate was still hard and chewy. It was only in 1879 that another Swiss chocolatier, Rudolf Lindt, came up with a conch machine that helped mix and aerate chocolate giving it a beautiful, silky, and melt-in-your-mouth texture that we all love!

The milk chocolate bar was only the beginning… new flavors and types were invented and are still being invented. But one thing that has not changed from the beginning of chocolate’s history is its delicious and decadent taste that is loved by all!